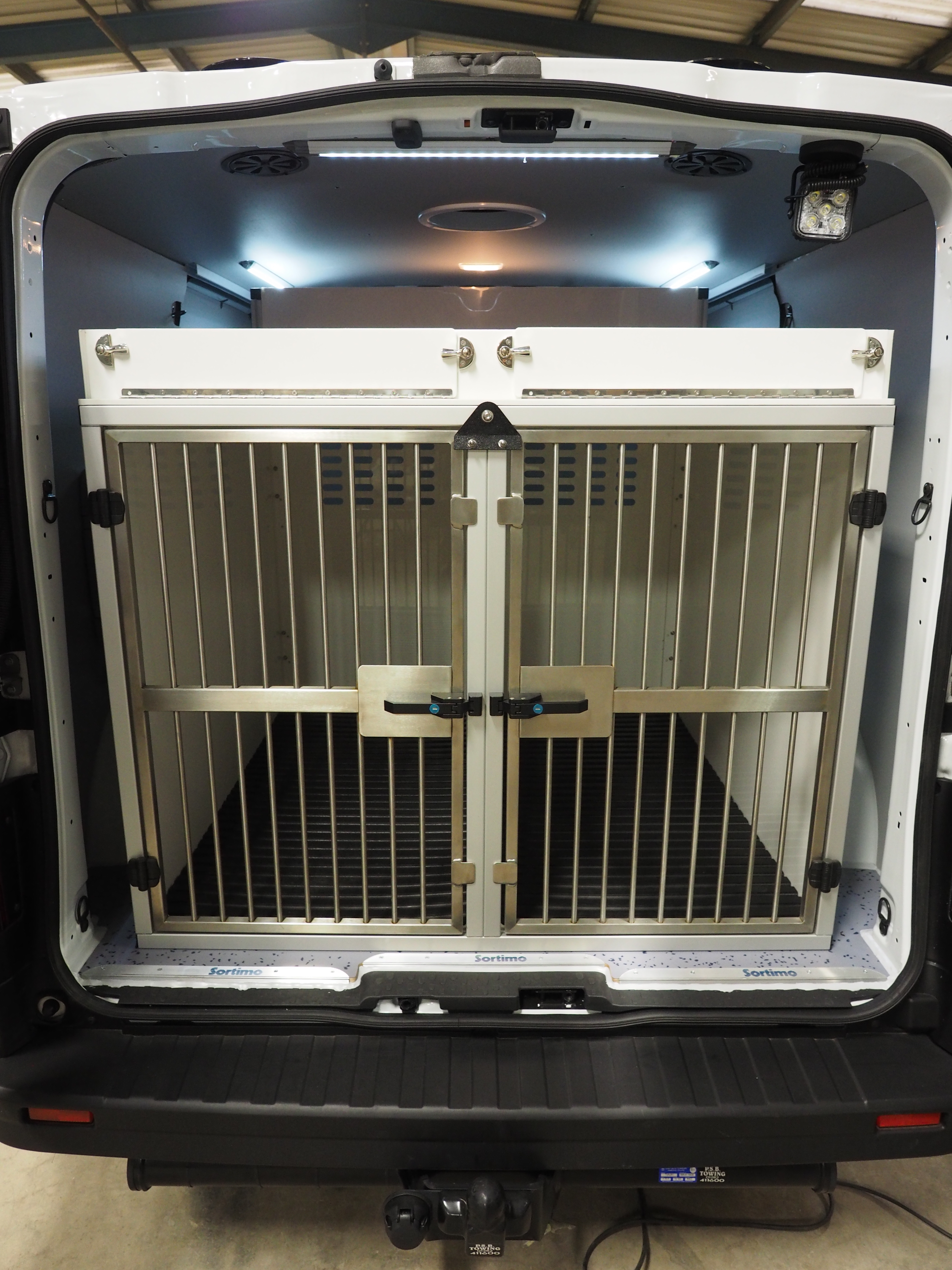 We have recently completed our latest dog vehicle project, this time for Thames Valley Police and the Civil Nuclear Constabulary https://www.gov.uk/government/organisations/civil-nuclear-constabulary. We were tasked with the design and build of four brand new dog training vehicles for operational use within these two forces. There were several ‘must haves’ which had to be incorporated into the build which we think we did ok with!

The basic design was a 3 kennel unit to go in the back of Vauxhall Vivaro vehicles. Some of the users requested a half size transverse kennel which would also allow for storage. Other users wanted a central divider within the front transverse kennel which would allow the kennel to be used by either one large dog or two small puppies as one of the handlers is the puppy trainer!

The users were very happy with the end result and more importantly the dogs are hopefully happy, safe and comfortable in their new kennels. Our kennel sizes are designed around DEFRA specifications and also meet RSPCA guidelines. We also included a hand wash system, water storage, hanging space, storage space for equipment and also secure lockable storage space. We added a separate air conditioning unit for the rear of the vehicle on all the vehicles. Although not essential it was decided that because these vehicles are mostly carrying 3 or 4 dogs, a separate air-con unit would be a wise move. We do not duct the air-con straight into the kennels as used to be the trend, instead the air flows around the outside of the kennel units with small fans drawing the air inside the kennel. This is much better for the dogs welfare.

Each of the individual kennels had two doors, one for every day use and another for emergency use or if the users want to deploy the dogs from the front of the vehicle rather than the rear.

We have built many different types of dog training vehicles in our time so we feel we are well placed to advise users on the best design for their dogs and operational requirements. Although this latest specification did not have a pull out platform under the kennel unit, this can easily be incorporated in any of our designs.